The Trelawny VL303 Low Vibration Needle Scaler has once again been put through its paces in yet another mammoth challenge; maintenance works on the 18th century Flatholm Lighthouse in the Bristol Channel.

MPS Contracts, a company specialising in maintenance and painting works, were awarded the contract to repaint the lighthouse. The project provided many challenges not least the location itself; “Flatholm Island is a very important Bird Sanctuary so work was limited to non-breeding times and heavy materials had to be transported to and fro by helicopter” said project manager for MPS Contracts Stephen Miller “MPS Contracts specialise in awkward access projects, such as lighthouses.”

MPS selected the VL303 Needle Scaler as part of Trelawny’s TVS® (Tool and vacuum system) range to carry out the coating removal work. “The paint on the tower was peeling in places, particularly at high level, believed to be as a result of water penetration into the tower walls” explained Stephen.

With vibration levels of 2.3 m/s2 the VL303 is up to 8 times lower in vibration than standard needle scalers offering unrivalled performance, reliability and protection of operators.

“We chose the VL303 Needle Gun from Trelawny as it has low vibration characteristics which enabled us to use it for longer periods of time than other guns” says Stephen, adding, “The reliability of the VL303 was very good and was very easy to service!” 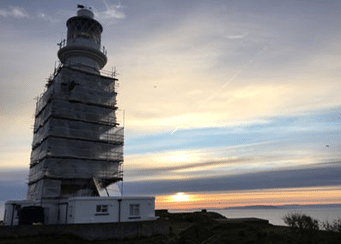 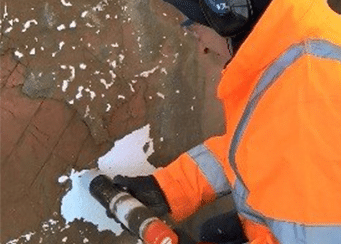 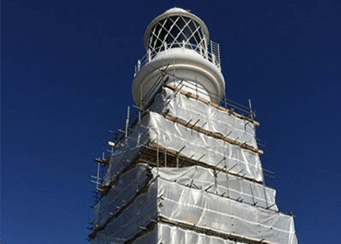